Chordomas are rare malignant tumors, often affecting the clival region. Traditionally, they are removed via craniotomic approach but the introduction of the endoscopic endonasal technique (EEA) allowed to control this area. This article shows a series of patients affected by clival chordomas treated with endoscopic approach. Patients who underwent EEA or transoral approach (TO) for clival chordomas at our Skull Base Referral Center, have been retrospectively examined. Clinical symptoms, preoperative neuroradiological evaluation, surgical approach, complications and postoperative results were evaluated. Nine patients (4 females and 5 males; age range 45–82 years, mean 61 years) were included. Chordomas involved upper clivus in 4/9 cases, with (2) or without (2) extension to the middle clivus, middle clivus alone in 2/9, lower clivus in 2/9, and the whole clivus in 1/9. Tumors were totally (4/9) or subtotally (5/9) removed. Skull base reconstruction was performed with a multilayer technique (6/9) or a gasket-seal closure (1/9), using pedicled nasoseptal flaps, middle turbinate and mucoperichondrial grafts, fascia lata and synthetic fascia. No reconstruction was performed in 2 cases. Recurrence occurred in 4 cases, who underwent a new operation. All the other patients underwent proton-beam radiotherapy with no documented tumor growth at the last follow-up (median: 24.9 months; range: 7–36 months). EEA and TO resulted to be safe procedures for treatment of clival chordomas. These approaches may be used as an alternative to the traditional approaches, according to the extension of the pathology. 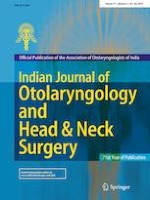