The authors describe a beautiful concept for transorbital endoscopic exposure of proximal Sylvian fissure, crural cistern and middle anterior tentorial incisura. The approach is very smart and could potentially be suitable for selected medially located lesions.
The importance of an oculoplastic surgeon for this type of procedures should be in mind.
Identification of uncal perforators compared to the other important anterior choroidal artery perforators or PCA perforators is crucial. This could potentially be very problematic if a choroidal artery cisternal perforator is sacrificed to release the medial temporal lobe.
More laboratory work is needed to make neurosurgeons more familiar with this innovative approach for which I believe there will be a specific indication in some selected cases in skull base surgery.
Amir Dehdashti
NY, USA

The endoscopic transorbital transtentorial approach can be used as a minimally invasive surgery for exposure of middle incisural space. Extensive drilling of sphenoid wing and lateral mobilization of mesial temporal lobe are the main determinants of successful dissection. Further studies are needed to confirm the clinical feasibility of this novel approach. 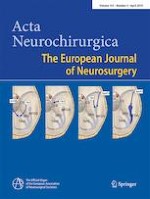 Letter to the Editor (by Invitation) - Pituitaries

Response to: “No doubt: the invasion of the cavernous sinus is the limiting factor for complete resection in pituitary adenomas”

How I Do it - Tumor - Schwannoma