Viruses represent some of the deadliest pathogens known to science. Recently they have been reported to have mutualistic interactions with their hosts, providing them direct or indirect benefits. The mutualism and symbiogenesis of such viruses with lower eukaryotic partners such as fungi, yeast, and insects have been reported but the full mechanism of interaction often remains an enigma. In many instances, these viral interactions provide resistance against several biotic and abiotic stresses, which could be the prime reason for the ecological success and positive selection of the hosts. These viruses modulate host metabolism and behavior, so both can obtain maximum benefits from the environment. They bring about micro- and macro-level changes in the hosts, benefiting their adaptation, reproduction, development, and survival. These virus-host interactions can be bilateral or tripartite with a variety of interacting partners. Exploration of these interactions can shed light on one of the well-coordinated biological phenomena of co-evolution and can be highly utilized for various applications in agriculture, fermentation and the pharmaceutical industries. 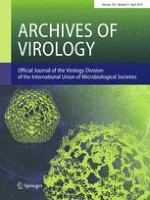 Recognition of six additional cystoviruses: Pseudomonas virus phi6 is no longer the sole species of the family Cystoviridae

Taxonomy of prokaryotic viruses: 2017 update from the ICTV Bacterial and Archaeal Viruses Subcommittee