Treatment with erythropoietin (Epo) in experimental autoimmune encephalomyelitis (EAE), the rodent model of multiple sclerosis (MS), has consistently been shown to ameliorate disease progression and improve overall outcome. The effect has been attributed to modulation of the immune response and/or preservation of the central nervous system (CNS) tissue integrity. It remains unclear, however, if (a) Epo acts primarily in the CNS or the periphery and if (b) Epo’s beneficial effect in EAE is mainly due to maintaining CNS tissue integrity or to modulation of the immune response. If Epo acts primarily by modulating the immune system, where is this modulation required? In the periphery, the CNS or both?

Although disease onset remained unaffected, EAE progression was alleviated in transgenic animals compared to controls with both lines performing equally well showing that expression of Epo in the periphery is not required; Epo expression in the CNS is sufficient. Immunomodulation was observed in both strains but surprisingly the profile of modulation differed substantially between strains. Modulation in the tg21 strain was limited to a reduction in macrophages in the CNS, with no peripheral immunomodulatory effects observed. In contrast, in the tg6 strain, macrophages were upregulated in the CNS, and, in the periphery of this strain, T cells and macrophages were downregulated. The lack of a consistent immunomodulatory profile across both transgenic species suggests that immunomodulation by Epo is unlikely to be the primary mechanism driving amelioration of EAE. Finally, CNS tissue integrity was affected in all strains. Although myelin appeared equally damaged in all strains, neuronal survival was significantly improved in the spinal cord of tg21 mice, indicating that Epo may ameliorate EAE predominantly by protecting neurons. 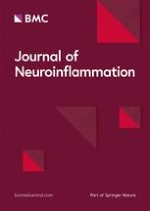 Inflammatory dysregulation of monocytes in pediatric patients with obsessive-compulsive disorder