Estimates of the effects of centralization policy for surgery in Japan: does centralization affect the quality of healthcare for esophagectomies? | springermedizin.de Skip to main content
TOOLBAR 1 2 3 4
SUCHE MENÜ 1 2 3 4

This study compared the quality of healthcare before and after implementation of a policy restructuring the healthcare delivery system and estimated the impact of centralization.

We used the National Clinical Database to study patients undergoing esophagectomies from 2011 to 2016. We compared the effect of centralization based on the patient background, surgical mortality, and year of surgery. Difference-in-difference methods based on the generalized estimating equation logistic regression model were used for before-and-after comparisons after adjusting for patient-level expected surgical mortality.

In total, 34,640 cases were identified. More cases with risk factors were noted in ultra-low-volume hospitals, where 38.4% of cases in underpopulated areas were treated, than in higher volume facilities, and the operative mortality, readmission within 30 days and length of stay were worse among patients treated in these hospitals. In centralized prefectures, the number of cases per hospital increased over time (7.2 in 2011 to 9.5 in 2016) while the crude operative mortality tended to decrease (3.4% in 2011 to 1.8% in 2016). The difference-in-difference estimator was 0.856 (95% confidence interval: 0.639–1.147, p = 0.298).

The centralization of ultra-low-volume hospitals did not lead to a deterioration in the quality of care but rather an improving trend. 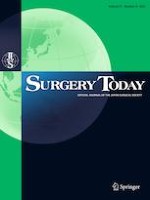 How To Do It