Before German reunification, old-age mortality was considerably higher in East Germany than West Germany but converged quickly afterward. Previous studies attributed this rapid catch-up to improved living conditions. We add to this discussion by quantifying for the first time the impact of mortality selection.

We use a gamma-Gompertz mortality model to estimate the contribution of selection to the East–West German mortality convergence before and after reunification.

We find that, compared to the West, frailer East Germans died earlier due to deteriorating mortality conditions leading to converging mortality rates for women and men already over age 70 before 1990. After 1990, the selection of frailer individuals played only a minor role in closing the East–west German mortality gap. However, our study suggests that, after reunification, old-age mortality improved quickly because the more robust population in the East benefitted greatly from ameliorating external factors such as health care and better living standards. 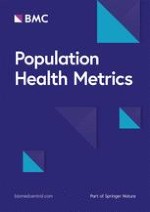 On the plausibility of socioeconomic mortality estimates derived from linked data: a demographic approach

The share of ultra-processed foods and the overall nutritional quality of diets in the US: evidence from a nationally representative cross-sectional study

Tuberculosis and HIV are the leading causes of adult death in northwest Ethiopia: evidence from verbal autopsy data of Dabat health and demographic surveillance system, 2007–2013