Only in 2005 was a product labeling law passed in Israel that requires food companies to mark a choking hazard. We wished to investigate the influence of the hazard warning on the number of foreign body aspirations (FBA) in Israel, as well as the racial differences in the prevalence of and death rates from FBA.

All the medical records of patients under the age of 14 who arrived at our center’s emergency department between the years 2007 and 2015 with suspected FBA were retrospectively reviewed. Population data was extracted from the Central Bureau of Statistics.

Overall, 90 children arrived at the hospital with suspected FBA during 2007–2015. Forty-six (51%) of the patients were males, the mean age was 3.5 years. Seventy-one bronchoscopies were performed due to high suspicious presence of a foreign body. The most common objects aspirated were different types of nuts and seeds. In all cases, the patient's parents witnessed the aspiration of the foreign body. Most children (77, 86%) were of Arab ethnicity. The yearly prevalence of FBA in children 0–4 years of Arab ethnicity was 16.6:100,000 compared to 6.0:100,000 in the non-Arab population (p < 0.001).

FBA is still a common injury in our region. Since most cases are preventable, efforts should be targeted among the population at higher risk, which are parents of children under the age of 4 and parents of Arab ethnicity. We believe that national effort and support for preventive education are needed. 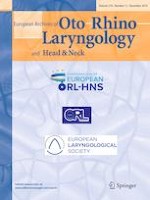 Correction to: Is there a relation between sudden sensorineural hearing loss and white matter lesions?