A total of 194 patients were included: 145 with biopsy-proven and 49 with presumed sarcoid uveitis. Overall, 68% were White Europeans while 20.6% were North Africans and 11.3% were Afro-Caribbeans. Sixty-nine per cent were women and the median age at presentation was 52.1 years. Median ages at first ocular manifestation of the disease in Afro-Caribbeans and North Africans were respectively 34.3 and 43.1 years, while it was 57.8 years in White Europeans (p < 0.001). Ocular involvement was bilateral in 77.8% (n = 151) of the cases and nearly half of the patients had panuveitis (48.5%). Anterior uveitis was more frequent in Afro-Caribbeans (59.1%; p < 0.0001), while White Europeans presented more frequently with intermediate uveitis. There was a significantly higher frequency of systemic involvement of sarcoidosis in North Africans while White Europeans showed a higher frequency of isolated ocular involvement at onset and during follow-up. Afro-Caribbeans, who had a complete visual recovery in 72.7% of the cases, had a better visual prognosis than other ethnic groups (p = 0.025).

In this large European series of sarcoid uveitis, we observed ethnicity-related differences regarding uveitis clinical presentation and visual outcome. Although good overall, the visual prognosis seems to be better in Afro-Caribbeans than in other ethnic groups. 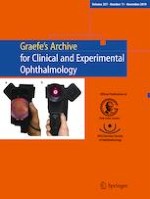