A new task force dedicated to prenatal imaging was created in 2018 by the European Society of Pediatric Radiology. In order to establish a network of European prenatal imaging practice, we sent a questionnaire to radiologists practicing prenatal imaging in Europe. The questions were related to the type of institution, the local legislation for termination of pregnancy, the type of imaging modality and the following items regarding magnetic resonance imaging (MRI): magnetic field, gestational age at which it is performed, use of maternal sedation, number of examinations per year, proportion of cerebral versus body indications and proportion of repeated examinations. We collected responses from 20 European countries, 52 cities and 67 institutions (82% public). In most countries, the upper gestational age limit for termination of pregnancy is 24 weeks of gestation. In some countries, it is earlier and in other countries, there is no limit. Very few radiologists practice fetal ultrasonography and computed tomography. In some countries, fetal MRI is mainly performed before 24 weeks of pregnancy, while in others, it is mainly performed in the third trimester. Neurological indications are by far predominant and 30% of the institutions have access to a 3-tesla (T) unit for fetal MRI. Maternal sedation is rarely used. The number of scans per year is highly variable with an average of 140, which is not necessarily correlated to the size of the population. 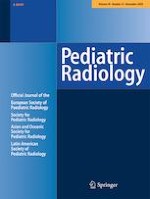 The radiologic diagnosis of skeletal dysplasias: past, present and future