In this retrospective study, the frequency and severity of ectopic eruption in the children's permanent canines, changes between the impacted canine parameters on orthopantomography (OPG) taken for routine follow-up were demonstrated. Also, it was aimed to reveal the differences between OPG and cone beam computed tomography (CBCT).

Pediatric dentists should prefer OPG as the first choice for radiographic imaging for the diagnosis of impacted canine at an early age. Follow-up OPGs should be carefully studied with advancing age. The CBCT should be preferred to prevent complications, to view its relationship with adjacent anatomical structures and canine localization in detail.
Anzeige 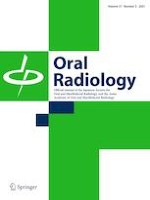