Evaluation of the effects of two doses of alpha glycerylphosphorylcholine on physical and psychomotor performance | springermedizin.de Skip to main content
TOOLBAR 1 2 3 4
SUCHE MENÜ 1 2 3 4

Recent studies have suggested that alpha glycerylphosphorylcholine (A-GPC) may be an effective ergogenic aid. The present study was designed to assess the efficacy of two doses of A-GPC in comparison to placebo and caffeine for increasing countermovement jump performance, isometric strength, and psychomotor function.

No differences were noted between groups for IMTP, UBIST or PVT performance. Serum free choline was found to be elevated in the two A-GPC groups as compared to placebo (132% and 59% respectively). Serum TSH was found to be significantly depressed in the 500 mg A-GPC group compared to other treatments (p < 0.04). Group differences were noted for maximum velocity and maximum mechanical power on the CMJ (p < 0.05) with the 250 mg A-GPC group demonstrating the greatest improvements in result. 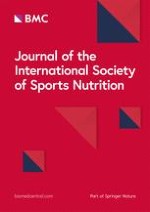 Effects of acute ingestion of a pre-workout dietary supplement with and without p-synephrine on resting energy expenditure, cognitive function and exercise performance