Summary This systematic literature review has shown that patients experiencing hip fracture after low-impact trauma are at considerable excess risk for death compared with nonhip fracture/community control populations. The increased mortality risk may persist for several years thereafter, highlighting the need for interventions to reduce this risk.
Patients experiencing hip fracture after low-impact trauma are at considerable risk for subsequent osteoporotic fractures and premature death. We conducted a systematic review of the literature to identify all studies that reported unadjusted and excess mortality rates for hip fracture. Although a lack of consistent study design precluded any formal meta-analysis or pooled analysis of the data, we have shown that hip fracture is associated with excess mortality (over and above mortality rates in nonhip fracture/community control populations) during the first year after fracture ranging from 8.4% to 36%. In the identified studies, individuals experienced an increased relative risk for mortality following hip fracture that was at least double that for the age-matched control population, became less pronounced with advancing age, was higher among men than women regardless of age, was highest in the days and weeks following the index fracture, and remained elevated for months and perhaps even years following the index fracture. These observations show that patients are at increased risk for premature death for many years after a fragility-related hip fracture and highlight the need to identify those patients who are candidates for interventions to reduce their risk. 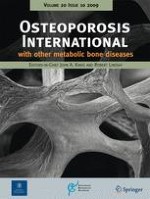 Treating osteoporosis in Canada: what clinical efficacy data should be considered by policy decision makers?