Cysteinyl-leukotriene receptors 1 and 2 (CysLTR1 and 2) are related to allergic inflammatory responses. Recent studies demonstrated their role in lymphocyte division and maturation in the bone marrow. Few data are available about CysLTRs function in lymphocyte maturation in tonsils. The objectives of this study are to compare CysLTRs expression in peripheral blood lymphocytes with expression in maturating lymphocytes of hyperplasic tonsil and to check the influence of respiratory allergies in this process. Leukocytes of peripheral blood (PL) and hyperplasic tonsils of children were immunostained for CysLTR1, CysLTR2, CD3 (T cells), and CD19 (B cells) and read in flow cytometer. Lymphocyte of tonsils were divided in differentiating small cells (SC) and mitotic large cells (LC); percentage of B and T cells expressing CysLTRs was determined, and comparison was done using ANOVA and Tukey’s tests. Data were analyzed as a whole and categorizing patients according the presence of allergies. Sixty children were enrolled in this study. There was a large expression of CysLTR1 and 2 in CD3+ LC, and such expression decreased progressively in SC and PL. In B cells, the highest expression of CysLTR1 and 2 was found in PL while SC showed the lowest and LC showed the intermediate expression. This pattern kept unchanged in groups of allergic and non-allergic individuals. CysLTRs seem to be involved in lymphocyte maturation that occurs in tonsils, without influence of allergies. New studies aiming the clinic treatment of tonsil hyperplasia must be targeted to the development of drugs capable of blocking both CysLTR1 and 2. 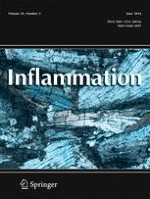