Advertising via Facebook to elicit involvement in clinical trials has demonstrated promise in expanding geographic reach while maintaining confidentiality. The purpose of this study is to evaluate Facebook advertising to reach at-risk, predominately African American or Black women in higher HIV prevalence communities for an HIV prevention clinical trial, and to compare baseline characteristics to those recruited on-the-ground. Maintaining confidentiality and the practical aspects of creating and posting ads on Facebook are described. The advertising strategy targeted multicultural affinities, gender, age, interest terms, and zip codes. We report on results during 205 days. A total of 516,498 Facebook users viewed the ads an average of four times, resulting in 37,133 clicks to the study website. Compared to 495 screened on-the-ground, 940 were screened via Facebook ads, of these, half (n = 477, 50.74%) were high risk, and of those at risk, 154 were randomized into the 6-month clinical trial. Black women comprised 71.60% (n = 673) of the total screened online. Roughly twice as many Black women screened via Facebook compared to on-the-ground, yet, the percentage at high risk was similar. Preliminary data suggest that the extent to which ad headlines and photos tap into authentic social experience, advertising on Facebook can extend geographic reach and provide a comparative sample to women recruited on-the-ground. 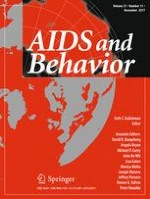 Social Support in a Virtual Community: Analysis of a Clinic-Affiliated Online Support Group for Persons Living with HIV/AIDS

Predictors of Resilience and Posttraumatic Growth Among People Living with HIV: A Longitudinal Study