Primary sclerosing cholangitis (PSC) is the most common hepatobiliary manifestation of inflammatory bowel disease (IBD). Magnetic resonance cholangiography (MRC) has become the primary diagnostic modality for PSC. However, data on radiological progression over time of large-duct PSC–IBD are limited.

We performed a nested case–control study to estimate the frequency of PSC in adult patients with IBD from a Middle Eastern population to assess the risk factors associated with major disease progression (formation of dominant strictures or cholangiocarcinoma) over time.

Data of IBD patients who were registered in the Saudi IBD Information System at tertiary care center were analyzed. Among 960 patients [477 ulcerative colitis (UC); 483 Crohn’s disease (CD)], 40 PSC–IBD patients with at least two MRC performed in a one-year interval were matched with 141 IBD patients without PSC. The frequency of PSC was 4.1%. UC patients (6.2%) compared to CD (2%), 65% had extensive colitis. The incidence rate of PSC among our cohort was increased from 2.62 to 10 per 1000 patient-years between 2005 and 2019. MRC features stabilized in (46.7%); worsened in (36.9%) and 15.4% of patients developed CCA. Alkaline phosphatase (ALP) levels of PSC patients who had major changes or CCA increased significantly after 44 months of follow-up (p = 0.01). The propensity score adjusted showed that hospitalization rate among PSC patients was higher than their non-PSC counterparts (OR 8.24; 95% CI 3.16–21.47; p < 0.01).

ALP rise and hospitalization history as clinical outcome were the only factors associated with PSC–IBD major progression on MRCP. 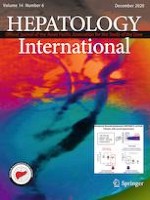