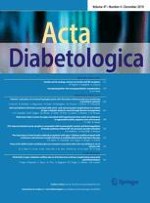 Insulin and its analogs: actions via insulin and IGF receptors