Pancreatic body/tail cancer commonly invades the hepatic artery or celiac artery, making surgical resection difficult. Distal pancreatectomy with celiac axis resection (DP-CAR) has recently been performed to achieve curative resection of these tumors. However, the safety and efficacy remain unclear. This study aimed to clarify the efficacy and safety of DP-CAR, mainly focusing on the combination with neoadjuvant therapy (NAT).

Gemcitabine + S-1 (GS) (n = 17) and gemcitabine + albumin-bound paclitaxel (GnP) (n = 8) were frequently used as NAT. DP-CAR following NAT was performed safely with 1 death, resulting in a mortality rate of 3%. The median survival time (MST) in the NAT group was 38.6 months, while that in the US group was 15.6 months. The NAT group had a high R0 resection rate (74%), while only 1 of 7 cases in the US group achieved R0 resection. Within the NAT group, patients treated with GS showed favorable overall survival with 39.5 months of MST, while that of patients treated with GnP was 19.8 months.

The combination of NAT and DP-CAR was feasible and safe for pancreatic body/tail cancer invading the celiac artery and/or hepatic artery. This strategy should be further assessed for the optimal regimen and duration of NAT in prospective studies. 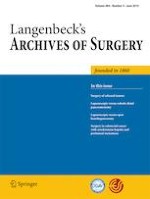