Thirty-four studies were included. Fecal calprotectin levels of patients with inflammatory bowel disease are much higher than those of healthy controls or patients with functional disorders or other gastrointestinal diseases. The results vary greatly when taking all studies into consideration. Nevertheless, in cases of newly diagnosed and/or active inflammatory bowel disease, the results are more homogeneous, with high sensitivity and positive likelihood ratio, low negative likelihood ratio, but moderate specificity. Moreover, 50 μg/g seems to be the most proper cut-off point for the fecal calprotectin test. 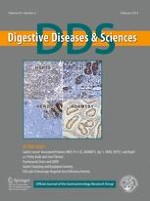 Can Cap-Assisted Colonoscopy Be a Savior for Right Side Interval Cancer?