main-content
nach oben
Zurück zum Suchergebnis
​
print
Inhaltsverzeichnis
​
insite
Ausgabenarchiv
​
archive
​
insite
Drucken
​
print
» Jetzt Zugang zum Volltext erhalten
Wichtige Hinweise
One or more of the authors (TKK) have received funding from the Korean Human Technology Research Foundation and a clinical research fund of Seoul National University Bundang Hospital, Bundang, Korea.
All ICMJE Conflict of Interest Forms for authors and Clinical Orthopaedics and Related Research editors and board members are on file with the publication and can be viewed on request.
Each author certifies that his or her institution has approved the human protocol for this investigation in that all investigations were conducted in conformity with ethical principles of research and that informed consent was obtained.
This work was performed at the Joint Reconstruction Center, Seoul National University Bundang Hospital, Bundang, Korea.

Coronal alignment is considered key to the function and longevity of a TKA. However, most studies do not consider femoral and tibial anatomical features such as lateral femoral bowing and the effects of these features and subsequent alignment on function after TKA are unclear.

We therefore determined (1) the prevalence of lateral femoral bowing, varus femoral condylar orientation, and severe tibia plateau inclination in female Koreans undergoing TKA; (2) whether postoperative alignments are affected by these anatomical features and improved by the use of navigation; and (3) whether postoperative coronal alignments are associated with function.

We measured alignment in 367 knees that underwent TKA and 60 sex- and age-matched normal knees (control group). We determined patterns and degrees of femoral bowing angle, femoral condylar orientation, and tibial plateau inclination on preoperative full-limb radiographs. Postoperatively, coronal alignment of limbs and of femoral and tibial components was measured. We compared American Knee Society scores, WOMAC scores, and SF-36 scores in aligned knees and outliers (beyond ± 3° or ± 2°) at 1 year.

Lateral femoral bowing, varus condylar orientation, and severe varus inclination of the tibia plateau should be considered when performing TKA in Korean patients or patients with otherwise similar anatomical features. 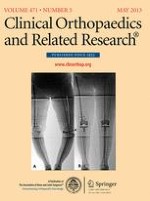