FLAG (fludarabine, cytarabine, granulocyte colony—stimulating factor) and FLAG-IDA (idarubicin added to standard FLAG) are salvage chemotherapy regimens used for relapsed and refractory acute leukemias. The toxicity of the FLAG-IDA courses is generally more severe than for the FLAG courses, with marked neutropenia and thrombocytopenia. This study aims to compare the outcomes of both regimens in terms of morbidity, mortality and remission/transplant. No comparison has been reported so far in Pakistan or the rest of third world countries.

A total of 76 patients were included from 2015 to July 2018. 49 patients were given FLAG, and 27 were given FLAG-IDA. 31.6% in FLAG-IDA achieved complete remission (CR)/complete remission with incomplete counts (CRi). 21% in FLAG-IDA made it to Bone marrow transplant (BMT) (67% of those in CR/CRi). 41.7% in FLAG achieved CR/CRi, and 27.8% in FLAG made it to BMT (67% of those in CR/CRi). Common complications in both regimens were infection, bleeding and other complications e.g., rash, diarrhea, mucositis, etc. A statistically significant difference was found between overall survival of the two regimens, p value 0.033. 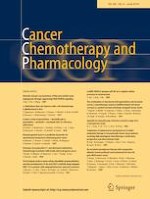 d,l-Methadone does not improve radio- and chemotherapy in glioblastoma in vitro