Transient global cerebral ischemia (tGCI)-induced neuronal damage is variable according to its duration and degree. There are many studies on the damage or death of pyramidal cells of the hippocampus proper (CA1–3) in rodent models of tGCI. However, studies on the death of granule cells in the hippocampal dentate gyrus (DG) following tGCI have not yet been addressed. In this study, we examined the damage/death of granule cells in the gerbil DG at 5 days after various durations (5, 10, and 15 min) of single tGCI and repeated tGCI (two 5-min tGCI with 1-h interval) using cresyl violet staining, NeuN immunohistochemistry and Fluoro-Jade B (F-J B) histofluorescence staining. Neuronal death was observed only in the polymorphic layer in all single tGCI-operated groups. However, in the repeated tGCI-operated group, massive neuronal death was observed in the granule cell layer as well as in the polymorphic layer by using F-J B histofluorescence staining. In addition, microgliosis in the DG was significantly increased in the repeated tGCI-operated group compared to the 15-min tGCI-operated group. Taken together, these findings indicate that repeated brief tGCI causes granule cell death in the DG which could not occur by a longer duration of single tGCI. 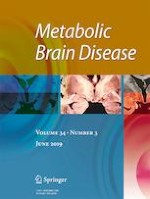