Although N-truncated Aβ variants are known to be the main constituent of amyloid plaques in the brains of patients with Alzheimer’s disease, their potential as targets for pharmacological intervention has only recently been investigated. In the last few years, the Alzheimer field has experienced a paradigm shift with the ever increasing understanding that targeting amyloid plaques has not led to a successful immunotherapy. On the other hand, there can be no doubt that the amyloid cascade hypothesis is central to the etiology of Alzheimer’s disease, raising the question as to why it is apparently failing to translate into the clinic. In this review, we aim to refocus the amyloid hypothesis integrating N-truncated Aβ peptides based on mounting evidence that they may represent better targets than full-length Aβ. In addition to Aβ peptides starting with an Asp at position 1, a variety of different N-truncated Aβ peptides have been identified starting with amino residue Ala-2, pyroglutamylated Glu-3, Phe-4, Arg-5, His-6, Asp-7, Ser-8, Gly-9, Tyr-10 and pyroglutamylated Glu-11. Certain forms of N-truncated species are better correlates for early pathological changes found pre-symptomatically more often than others. There is also evidence that, together with full-length Aβ, they might be physiologically detectable and are naturally secreted by neurons. Others are known to form soluble aggregates, which have neurotoxic properties in transgenic mouse models. It has been clearly demonstrated by several groups that some N-truncated Aβs dominate full-length Aβ in the brains of Alzheimer’s patients. We try to address which of the N-truncated variants may be promising therapeutic targets and which enzymes might be involved in the generation of these peptides 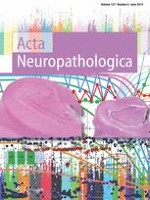