Foreign-Born Individuals with HIV in King County, WA: A Glimpse of the Future of HIV? | springermedizin.de Skip to main content
TOOLBAR 1 2 3 4
SUCHE MENÜ 1 2 3 4

To better understand country of birth-related shifts in the demography of people newly diagnosed with HIV infection, we compared demographic and clinical characteristics of foreign-born and U.S.-born residents of King County, WA diagnosed with HIV from 2006 to 2015. The proportion of cases that were foreign-born increased from 23 to 34% during this time. Most foreign-born cases were born in Africa (34%), Latin America (32%), Asia (22%), or Europe (7%). Latin Americans and Asians were similar to U.S.-born individuals by HIV risk factor and gender, while Africans were more likely to be female and less often men who have sex with men. In 2015, approximately 15% of cases presumptively newly diagnosed in King County were foreign-born individuals who self-reported a pre-immigration HIV diagnosis. Increases in foreign-born individuals previously diagnosed out of country may lead to inaccuracy in the count of new diagnoses, including an over-estimate of community-acquired HIV in King County. 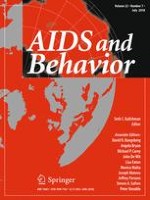 Discordance of Self-report and Laboratory Measures of HIV Viral Load Among Young Men Who Have Sex with Men and Transgender Women in Chicago: Implications for Epidemiology, Care, and Prevention

Comparison of Self-report to Biomarkers of Recent HIV Infection: Findings from the START Trial

Correction to: Association of Cannabis, Stimulant, and Alcohol use with Mortality Prognosis Among HIV-Infected Men