Fatal starvation is a rare cause of death in industrialized countries. However, it may have major medicolegal importance if death results from the deliberate withholding of food, especially from infants. In such cases, the task of the forensic pathologist and the medical examiner, respectively, is to clarify the cause of death and give an expert opinion on the degree and duration of starvation. Several classification systems have been developed to estimate protein–energy malnutrition in developing countries. Simpler classifications, such as the Gomez classification, use the weight expected for the respective age group as the standard. However, smaller infants will be lighter, and therefore the classification may not be accurate in this case. Following the Waterlow classification, the extent of stunted growth (referring to growth retardation in cases of chronic malnutrition) is calculated using the ratio of the measured body height to that expected for the age. Using such classification systems, grading of stunting and wasting can be achieved and may greatly help in the assessment of a given child’s nutritional status in legal cases. The application of the Waterlow classification to the authors’ case material and previously published cases in the literature is herein demonstrated. The Waterlow classification is not only of importance for grading the final stage of fatal starvation, but also for the chronological development of the nutritional status if anthropometrical data have been repeatedly recorded from the affected individual in vivo. 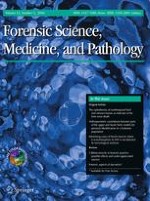 Sudden unexpected death due to severe pulmonary and cardiac sarcoidosis