The novel concept of non-ablative fractional photothermolysis was introduced to the market in 2003 as an answer to the need for effective, yet low risk, resurfacing techniques. Unlike conventional ablative and non-ablative lasers, fractional ablative and non-ablative photothermolysis treats only a fraction of the skin, leaving up to a maximum of 95% of the skin uninvolved. The undamaged surrounding tissue allows for a reservoir of viable tissue, permitting rapid epidermal repair. Non-ablative fractional photothermolysis is currently approved by the US Food and Drug Administration (FDA) for the treatment of pigmented lesions, periorbital rhytides, skin resurfacing, melasma and soft tissue coagulation, acne and surgical scars, and actinic keratoses. However, its off-label use is clearly more extended. In 2007 the concept was further developed, and ablative fractional photothermolysis was introduced, using an erbium yttrium aluminium garnet (Er:YAG) or carbon dioxide laser. These devices are FDA cleared to treat wrinkles, rhytides, furrows, fine lines, textural irregularities, pigmented lesions and vascular dyschromia. In this review we discuss the two concepts, their technical details and clinical indications, and we describe the current literature available. 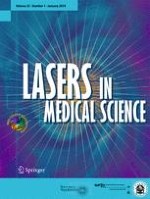