From motivation to acceptability: a survey of public attitudes towards organ donation in Denmark | springermedizin.de Skip to main content
TOOLBAR 1 2 3 4
SUCHE MENÜ 1 2 3 4

Over the past three decades, public attitudes to organ donation have been a subject of numerous studies focusing on donor motivation. Here, we present a fresh approach. We suggest focusing on public acceptability instead of motivation. The point is to understand public attitudes well enough to avoid risking public support for organ transplantation. We conducted the study in Denmark because there have been significant developments in public attitudes to organ donation in this country. In the 1990s, Denmark was a country with very low public support for organ donation and Denmark was the last country in Europe to introduce brain death as a legal criterion of death, whereas today Eurobarometer surveys rate Denmark as one of the European countries with the highest support for deceased organ donation from brain dead donors.

We conducted a telephone survey in Denmark (N = 1195). A questionnaire was developed on the basis of preceding qualitative studies and pilot testing and included reuse of one item from earlier surveys to facilitate historical comparison. The analysis of the data was carried out using IBM SPSS Statistics 22 and focused on descriptive statistics.

A clear majority of 91.9 % are positive or very positive towards organ donation; 85.8 % like the idea of their body being used after their death, 85.0 % is willing to donate their own organs, 82.1 % to donate their tissue and only 2.3 % find that too much has been done to promote organ donation. There is limited support for monetary incentives for organ donation (5.8 %) and presumed consent (30.4 %), while a majority (63.9 %) supports making it mandatory to register a personal decision. Religious self-identification has limited impact on attitudes.

We can identify a shift over the past three decades from marked opposition to organ transplantation to strong support as well as a pattern in the contemporary public attitudes, which can help explain what is central to public acceptability: self-determination. Policies fostering choice are met with a majority of positive attitudes, while presumed consent and monetary incentives are met with more negative attitudes. Our approach calls for comparative studies in other countries to generate a better overall understanding of the conditions of acceptability, which need to be in place to ensure the long-term social robustness of organ donation and thereby safeguard this important medical technology. 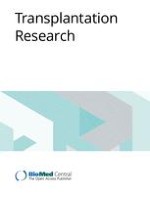 Matched-pair analysis: identification of factors with independent influence on the development of PTLD after kidney or liver transplantation