Congenital blepharoptosis is a common pediatric disease. Frontalis muscle flap advancement is an effective surgical technique to treat patients with severe ptosis and poor levator function. However, since eye position changes under general anesthesia, it is necessary to adjust the position of the upper eyelid to achieve a better surgical outcome.

A total of 162 children with severe congenital blepharoptosis underwent frontalis muscle flap advancement under general anesthesia. Patients were divided into two groups according to the different positions of eyelid suspension. The eyelid position of 82 children (96 eyes) in group A was adjusted to set at the superior limbus under general anesthesia, while the eyelid level of 80 children (94 eyes) in group B was adjusted according to the level labeled before anesthesia or the orthophoria level predicted using Krimsky’s test. Lid level, ptosis recurrence, cosmetic appearance, and complications were evaluated 12 months after surgery.

To achieve better surgical results after frontalis flap advancement for severe ptosis, it is necessary to adjust the eyelid level according to eye position changes that occur when the patient is under general anesthesia. 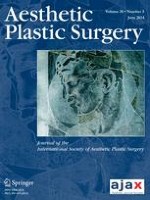 The Skin-Tightening Effects of 1,444-nm Nd:YAG Laser on Human Skin: An In Vivo Study