The incidence of incidental pathology found during laparoscopic bariatric surgery has been estimated to be around 2%, and gastric gastrointestinal stromal tumors (GISTs) have been found in 0.8% of patients, constituting a rather uncommon finding. Safe laparoscopic resection of gastric GISTs is an established procedure and has been described associated to gastric Roux-en-Y bypass for morbid obesity. We discuss one case of a gastric GIST incidentally discovered during laparoscopic sleeve gastrectomy for morbid obesity. The procedure was performed via laparoscopy, and the patient recovered without any complication. Currently, the patient has lost weight according to what was expected, is asymptomatic, and free of disease. 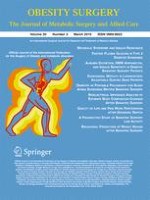