Gender differences in chronic liver disease (CLD) have been partially investigated. To extend the present knowledge, we evaluated 12,263 patients with CLD enrolled in two national surveys (9997 in 2001 and 2557 in 2014).

This study highlights important inter- and intra-gender differences in the characteristics and etiological factors of patients with CLD in Italy. 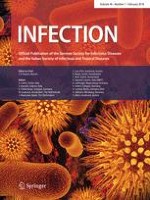