main-content
nach oben
Zurück zum Suchergebnis
​
print
Inhaltsverzeichnis
​
insite
Ausgabenarchiv
​
archive
​
insite
Drucken
​
print
» Jetzt Zugang zum Volltext erhalten
Wichtige Hinweise
Each author certifies that he or she, or a member of his or her immediate family, has no funding or commercial associations (eg, consultancies, stock ownership, equity interest, patent/licensing arrangements, etc) that might pose a conflict of interest in connection with the submitted article.
All ICMJE Conflict of Interest Forms for authors and Clinical Orthopaedics and Related Research ® editors and board members are on file with the publication and can be viewed on request.
Each author certifies that his or her institution approved the human protocol for this investigation and that all investigations were conducted in conformity with ethical principles of research.
This work was performed at Le Bonheur Children’s Hospital, Memphis, TN, USA.

Although the number of women in surgical specialties has increased dramatically over the past two decades, little research exists regarding how a surgeon’s gender impacts job selection and practice models. Because the number of women specializing in pediatric orthopaedics continues to increase, it is important to understand how one’s gender affects practice choices and how this may affect the future workforce.

Although the numbers are small given the specialized nature of pediatric orthopaedic surgery, this study has uncovered some initial gender differences regarding practice characteristics and job opportunities among pediatric orthopaedic surgeons. As more men plan to reduce their workload or retire in the next 5 years, there may be further increases in the percentage of women surgeons in the workforce, so it is important that we begin to understand what effect, if any, gender has on practice patterns, job selection, and opportunities. Also, the finding that among the new graduates more women than men are choosing careers in academic practice over private practice suggests an extraordinary opportunity to develop more female leaders and role models at major pediatric orthopaedic centers. 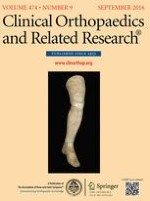 Pearls: How to Place an Interposition Segmental Bone Block for Lengthening or Alignment

Reply to the Letter to the Editor

Reply to the Letter to the Editor: Do Longer Surgical Procedures Result in Greater Contamination of Surgeons’ Hands?