This study aimed to elucidate the primary differences in trochlear morphology between men and women utilizing three-dimensional magnetic resonance image reconstruction of the femoral trochlea.

Differences in anthropometric femoral trochlea data of 975 patients (825 women, 150 men) were evaluated. The following morphological parameters were measured at three flexion angles (15°, 30°, and 45°) of the femoral trochlea: the sulcus angle, condylar height, and the trochlear groove orientation and mediolateral groove position.

The sulcus angle was significantly greater in women than in men at 15° and 45° flexions (P < 0.05). However, there was no gender difference found in the sulcus angle at 30° flexion. Medial and lateral condylar height values were greater in men than in women for the three flexion angles (P < 0.01). The trochlear groove orientation and mediolateral groove position showed no gender-related differences.

Magnetic resonance image reconstruction demonstrated that measurement of trochlear morphology varied significantly between men and women. This study provides guidelines for the design of a suitable femoral component for total knee arthroplasty, considering gender-specific differences in the Korean population. Biomechanical guidelines for total knee arthroplasty in Korean individuals can be optimized using our finding, so as the risk of patellar dislocation to be decreased. Surgeons should be aware of gender differences in femoral trochlear to optimize choice of implant. 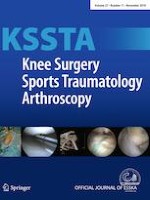 The visual arts and medical education