In recent years, epidemiologists have increasingly sought to employ genetic data to identify ‘causal’ relationships between exposures of interest and various endpoints – an instrumental variable approach sometimes termed Mendelian randomization. However, this approach is subject to all of the limitations of instrumental variable analysis and to several limitations specific to its genetic underpinnings, including confounding, weak instrument bias, pleiotropy, adaptation, and failure of replication. Although the approach enjoys some utility in testing the etiological role of discrete biochemical pathways, like folate metabolism, examples like that of alcohol consumption and cardiovascular disease demonstrate that it must be treated with all of the circumspection that should accompany all forms of observational epidemiology. Going forward, we urge the elimination of randomization or causality in reports of its use and suggest that Mendelian randomization instead be termed exactly what it is – genetic instrumental variable analysis. 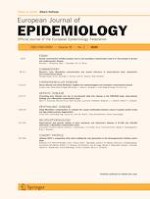 On the relationship of machine learning with causal inference

Rationale and Design of the Hamburg City Health Study

Lifelines NEXT: a prospective birth cohort adding the next generation to the three-generation Lifelines cohort study