Hepatitis C virus (HCV) displays high genetic diversity, characterized by regional variations in the prevalence of genotype posing challenges to the development of vaccines and definitive treatment. Very few reports exist on the distribution and frequency change of HCV genotypes in India. In the present retrospective study, we aimed to understand the distribution pattern of HCV genotypes and viral load among HCV-infected patients attending the Asian Institute of Gastroenterology, Hyderabad, India, a tertiary care hospital.

Patients referred to the Hepatology Department from January 2009 to December 2015 were screened for this study. Eight hundred and sixty-two chronic HCV patients were included in this study. Genotyping was performed using type-specific probe-based hybridization assay and viral load was estimated by real-time polymerase chain reaction.

Our study results demonstrate a change in HCV genotypic distribution pattern from genotypes 3 to 1 during the span of 7 years in patients referred to our hospital. In the light of the reported difference in the pathogenic potential of various HCV genotypes, detection of HCV genotype appears to be still essential for better patient management.
× 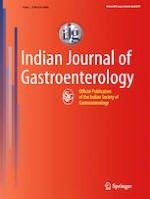