Agrammatic variant primary progressive aphasia is a neurodegenerative disorder specifically characterized by language deficits. A recent study has demonstrated a beneficial effect of transcranial direct current stimulation (tDCS) in combination with language training on naming accuracy in these patients. The aim of the study was to evaluate whether the improvement of naming accuracy after tDCS during language training was related to regional grey matter (GM) density. Eighteen avPPA patients underwent a brain magnetic resonance imaging before receiving a treatment that consisted of tDCS over the left dorsolateral prefrontal cortex during individualized language training (10 daily therapy sessions, 5 days per week from Monday to Friday). Performances on neuropsychological tests and naming of objects (treated and untreated) and actions were assessed at baseline, post-treatment  and 3 months after treatment. Correlations between individual changes after treatment on neuropsychological tests and on picture naming task and voxel-based GM volume at baseline were performed. We found that the improvement in the naming of treated objects was positively correlated with GM volume in the left fusiform, left middle temporal, and right inferior temporal gyri whereas action naming change was related to GM density in the left middle temporal gyrus. In conclusion baseline density of GM in these brain regions was associated with greater treatment response on naming performances, suggesting that intervention in early disease stages might be most successful. These findings have implication for designing future rehabilitation protocols in language variants of frontotemporal dementia. 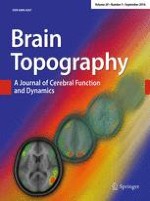