Guillain–Barré syndrome (GBS) is a rapid-onset muscle weakness disease caused by the immune-mediated damage of the peripheral nervous system. Since there is an increase incidence of GBS cases in Latin America, particularly in Colombia, and most of them are currently preceded by Zika virus (ZIKV) infection, we aimed to assess the available evidence of the disease in Colombia through a systematic literature review. Out of 51 screened abstracts, only 16 corresponded to articles that met inclusion criteria, of which 15 were case reports or case series. A total of 796 cases of GBS were reported in the included articles. The majority of patients were males (66.8 %) and younger than 50 years old (94 %). An infectious disease before the onset of GBS was registered in 31 % of patients, with gastrointestinal or respiratory symptoms being the most frequently observed. In those cases in which electrodiagnostic tests were performed, the most common subphenotype was acute inflammatory demyelinating polyneuropathy (17 %). Death was reported in 15 % of patients. Data regarding GBS in Colombia is scant and heterogeneous. Taking into account the burden of the disease and the recent rise of GBS cases associated with ZIKV, a careful patient evaluation and a systematic collection of data are warranted. A form to data gathering is proposed. 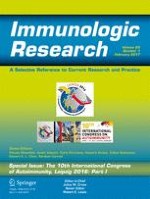 Diagnostic accuracy of two tests for determination of anti-m2 in the diagnosis of primary biliary cirrhosis: Is it possible to predict the course of the disease?

Pancreatitis after human papillomavirus vaccination: a matter of molecular mimicry