There is a paucity of population-based research to identify health disparities experienced by sexual gender minority (SGM) women. The purpose of this study was to use a population-based data set to understand disparities in access to healthcare, preventive care, and health risk behaviors of lesbian and bisexual women compared to their straight counterparts and to each other. This was a cross-sectional study using the 2016 Behavioral Risk Factor Surveillance System data. SPSS with complex samples was used to calculate weighted descriptive statistics. Logistic regression was used to calculate odds and adjusted odds ratios. 9016 women were included in the analyses. Women who identified as lesbian were more likely to be from a minority group. Bisexual women were more likely to be in the younger age groups and were less likely to be college graduates or report a higher income. Lesbian and bisexual women were more likely to report depression, smoking, and heavy/binge drinking compared to straight women. They were also less likely to have received a pap test. Compare to lesbian women, bisexual women were more likely to report depression and poorer health. SGM women are at greater risk of depression and risky coping behaviors such as smoking and heavy/binge drinking. Within the SGM subgroup, bisexual women have a higher risk for depression and worse general health. Health promotion programs and interventions must be tailored to account for the unique stressors SGM women encounter and associated negative health outcomes. 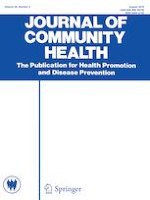 Barriers to Healthcare Seeking and Provision Among African American Adults in the Rural Mississippi Delta Region: Community and Provider Perspectives

The US Mortality Crisis: An Examination of Non-Hispanic White Mortality and Morbidity in Yavapai County, Arizona