Hydatid disease of the liver is endemic in India and is a common health problem. Although various treatment options have been described ranging from pharmacotherapy to radiological interventions and surgical procedures (both conservative and radical), the best treatment option in an individual case continues to be debated.

We did a retrospective analysis of patients with hydatid disease of the liver who were managed at our centre between January 2000 and December 2009. All cysts were classified as per the Gharbi’s classification. The various treatment options used to treat hydatid cysts of the liver included percutaneous aspiration, injection and reaspiration (PAIR) or PAIR with drainage (PAIR-D) and surgery (both conservative and radical). The immediate and long-term outcomes following such management were analysed.

During the study period, 128 patients with hydatid cyst of the liver were managed with PAIR/PAIR-D (n = 52), radical/excisional surgery (n = 61) and conservative surgery (n = 33). In ten patients, the PAIR procedure was abandoned due to either bile or pultaceous material aspirated after the initial puncture and these patients subsequently underwent surgical management. The PAIR was unsuccessful in eight of the 42 patients in whom it was attempted and these subsequently underwent surgery. The mean intraoperative blood loss and the duration of surgery were comparable in patients who underwent either conservative or radical surgery (p = 0.35 and 0.19, respectively). Postoperative bile leaks and cavity abscesses were significantly higher in patients who underwent conservative surgery (p = 0.032 and p = 0.001, respectively). Five patients (one following a radical operation and four following a conservative surgery, p = 0.05) developed recurrence in a mean follow-up period of 28 months and these were managed medically.

Several treatment options are available for the management of hydatid disease of the liver and the treatment modality chosen should be tailored to the individual patient. While percutaneous drainage (with PAIR/PAIR-D) is reserved for more favourable cases of type I and II cysts, the others are best managed surgically. Complete excision (cystopericstectomy or resection) of the hydatid cyst is the preferred approach and 61 of the 94 patients who were managed surgically were suitable for it. Although excisional surgery minimizes the risk of long-term recurrence and cavity-related complications, it may be hazardous in cysts located close to major biliovascular channels. In these cases (considering that it is benign disease), a drainage operation is preferable. Both conservative and radical surgery can be safely performed laparoscopically. 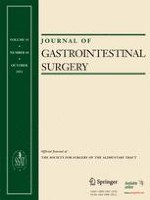 Reply to Letter to the Editor: Anastomotic Leakage Contributes to the Risk for Systemic Recurrence in Stage II Colorectal Cancer

Usefulness of Histopathological Examination in Nontraumatic Perforation of Small Intestine

The Effects and Efficacy of Antireflux Surgery in Children with Gastroesophageal Reflux Disease: A Systematic Review

Magnetic Resonance Enterography for Crohn’s Disease: What the Surgeon Can Take Home