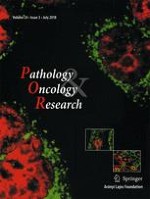 The Tumor Entity Denominated “clear cell-papillary renal cell carcinoma” According to the WHO 2016 new Classification, have the Clinical Characters of a Renal Cell Adenoma as does Harbor a Benign Outcome