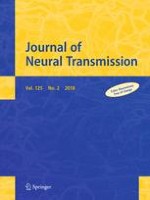 Botulinum toxin therapy in patients with oral anticoagulation: is it safe?