High Plasmodium falciparum genetic diversity and temporal stability despite control efforts in high transmission settings along the international border between Zambia and the Democratic Republic of the Congo | springermedizin.de Skip to main content
TOOLBAR 1 2 3 4
SUCHE MENÜ 1 2 3 4

While the utility of parasite genotyping for malaria elimination has been extensively documented in low to moderate transmission settings, it has been less well-characterized in holoendemic regions. High malaria burden settings have received renewed attention acknowledging their critical role in malaria elimination. Defining the role for parasite genomics in driving these high burden settings towards elimination will enhance future control programme planning.

Amplicon deep sequencing was used to characterize parasite population genetic diversity at polymorphic Plasmodium falciparum loci, Pfama1 and Pfcsp, at two timepoints in June–July 2016 and January–March 2017 in a high transmission region along the international border between Luapula Province, Zambia and Haut-Katanga Province, the Democratic Republic of the Congo (DRC).

High genetic diversity was observed across both seasons and in both countries. No evidence of population structure was observed between parasite populations on either side of the border, suggesting that this region may be one contiguous transmission zone. Despite a decline in parasite prevalence at the sampling locations in Haut-Katanga Province, no genetic signatures of a population bottleneck were detected, suggesting that larger declines in transmission may be required to reduce parasite genetic diversity. Analysing rare variants may be a suitable alternative approach for detecting epidemiologically important genetic signatures in highly diverse populations; however, the challenge is distinguishing true signals from potential artifacts introduced by small sample sizes. 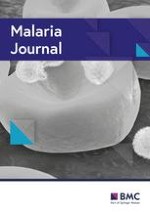 Knowledge, attitudes, and practices regarding malaria control among the slash and burn cultivators in Rangamati Hill tracts of Bangladesh

Caregiver exposure to malaria social and behaviour change messages can improve bed net use among children in an endemic country: secondary analysis of the 2015 Nigeria Malaria Indicator Survey

Plasmodium vivax cerebral malaria in an adult patient in Sudan