One of the pathological forms of chronic hepatitis C is occult HCV infection (OCI), in which there is no detectable HCV RNA in plasma specimens but HCV RNA is present in PBMCs and liver biopsy specimens. The aim of this study is to estimate the prevalence of OCI in HIV-positive people who are injection drug users (IDUs). From April 2015 to August 2018, 161 Iranian IDUs with HIV infection enrolled in the study. Viral RNA was extracted from plasma and PBMC samples of participants, and the presence of HCV RNA was examined using RT nested PCR with primers from two conserved regions (5´-UTR and NS5B). HCV genotyping was performed using RFLP and sequencing methods. Of the 161 patients, 134 (83.2%) were positive for anti-HCV antibodies. All 27 patients who were negative for anti-HCV were also negative for HCV RNA in plasma, but five of them (18.5%) were positive for HCV RNA in PBMCs. Importantly, 9 out of 50 patients (18.0%) who apparently had recovered from HCV infection (i.e., were anti-HCV positive and HCV RNA negative) were positive for HCV RNA in PBMCs. Overall, 18.1% of the patients who had no signs of previous HCV infection or had apparently recovered from the disease had OCI. The HCV genotypes of the cases with OCI were as follows: five patients (35.7%) were infected with subtype 1a, eight patients (57.1%) were infected with subtype 3a, and one patient (7.1%) was infected with genotype 4. Thus, it seems that the prevalence of OCI in HIV-positive IDUs is extremely significant in Iran and is likely to delay the global eradication of HCV infection until 2030. 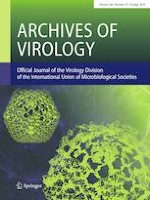