Spinocerebellar ataxias (SCAs) have irregular distributions worldwide. SCA1 is the most frequent in Poland, and no cases of SCA3 of Polish origin has yet been identified. In view of such patterns of SCAs occurrence, the relative frequency, geographical distribution and a possible founder effect of SCA1 were investigated. DNA samples of 134 probands with SCA1 and 228 controls were analysed. The genotyping of four markers, D6S89, D6S109, D6S274, D6S288, around the ATXN1 gene (SCA1) and sequencing of the selected variant of D6S89 were performed. The relative frequency of SCA1 was 68 %. The studied SCA1 pedigrees were irregularly distributed, with the highest concentration in Central Poland. Haplotyping revealed the association of ATXN1 gene mutation with a 197-bp variant of D6S89 marker (63 % of probands) and with a 184-bp variant of DS6274 (50.7 % of probands). Out of 61 SCA1 probands from Mazowieckie, 41 carried the same 197-bp variant. SCA1 relative frequency in Poland shows the highest value compared with the data from other countries worldwide. Due to the association with the mutation obtained for the investigated markers and the SCA1 pedigrees concentration in Central Poland, we hypothesise that it represents a potential founder effect. 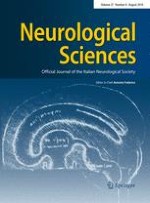