The technical advances in sonography of the past decade have supported the rapid improvement of high-resolution imaging, which enables the quick visualization of peripheral nerves at relatively limited costs. Recently, the possibility of visualizing the extratemporal facial nerve (FN) has been considered. This manuscript describes the first systematic evaluation in cadavers, of a novel ultrasonographic approach with this specific aim. Eight cadaveric hemifaces were evaluated by means of high-frequency ultrasound with two linear (13 and 22 MHz) and a convex transducer (6.6 MHz), to detect the extratemporal course of the FN starting from its exit at the stylomastoid foramen: the main trunk, the parotid plexus between the two parts of the parotid gland, the distal branches terminating into the orbicularis oculi and the zygomatic major muscle. Ultrasound-guided color injections and FN dissection were performed to confirm the results. The main trunk of the FN, as it exits the stylomastoid foramen, was correctly stained in 6/8 cases, the parotid plexus in 8/8 cases. The branches innervating the orbicularis oculi muscle were stained in 7/7 and the branches innervating the zygomatic major muscle in 6/7 hemifaces, after 1 was withdrawn due to insufficient image quality. Through our novel approach of high-resolution ultrasonography we could identify the various portions of the extratemporal FN, including its main trunk leaving the stylomastoid foramen, in an accurate and reproducible way. Further in vivo animal and clinical studies have been planned to confirm these initial results from cadavers. 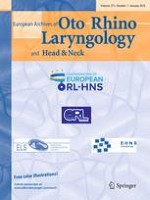