The aim of the study was to explore the frequency and dynamics of acquisition and colonization of Pneumocystis jirovecii among neonates, as well as the epidemiological and genotypic characteristics in mother-child binomial. In a prospective enrolled cohort of women in their third trimester of pregnancy, nasopharyngeal swabs (NPS) and clinical and epidemiological data were collected at four different times: 17 days, 2nd, 4th, and 6th month of life of the newborn. P. jirovecii was detected by nested-PCR for the mtLSU-rRNA gene in each NPS; the genotypes were determined amplifying four genes. Forty-three pairs and 301 NPS were included. During the third trimester, 16.3% of pregnant women were colonized. The rate of colonization in mothers at delivery was 16, 6, 16, and 5% and in their children 28, 43, 42, and 25%, respectively. Within pregnant women, 53% remained negative throughout follow-up, and among these, 91% of their children were positive in at least one of their samples. In both, mothers and children, the most frequent genotype of P. jirovecii was 1.
Conclusion: The frequency of colonization by P. jirovecii was higher in newborns than in their respective progenitors. Colonization of both mothers and children is transitory; however, the mother of the newborn is not necessarily the source of primary infection. 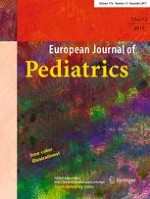 The economic impact of prematurity and bronchopulmonary dysplasia