The latest class of antiretrovirals (ARVs), including integrase strand transfer inhibitors (INSTIs), has been demonstrated to be effective for antiretroviral therapy (ART). Despite all the distinguishing characteristics of these drugs, including a high genetic barrier to resistance and lower toxicity than other ARVs, unfortunately, INSTI drug resistance mutations (DRMs) have occasionally been observed. The aim of this study was to investigate the presence of DRMs associated with INSTIs among treatment-experienced HIV-1-infected patients. From June 2012 to December 2018, a total of 655 treatment-experienced HIV-1-infected patients enrolled in this cross-sectional survey. Following amplification and sequencing of the HIV-1 integrase region of the pol gene, DRM and phylogenetic analysis were successfully carried out on the plasma samples of patients who had a viral load over 1,000 IU/ml after at least 6 months of ART. Out of the 655 patients evaluated, 62 (9.5%) had a viral load higher than 1,000 IU/ml after at least 6 months of ART. Phylogenetic analysis showed that all of the 62 HIV-1 patients experiencing treatment failure were infected with CRF35_AD, and one of these patients (1.6%) was infected with HIV-1 variants with DRMs. The DRMs that were identified belonged to the INSTI class, including E138K, G140A, S147G, and Q148R. This survey shows that DRMs belonging to the INSTI class were detected in an Iranian HIV patient who has experienced treatment failure. Therefore, regarding the presence of DRMs to INSTIs in ART-experienced patients, it seems better to perform drug resistance mutation testing in HIV patients experiencing treatment failure before changing the ART regimen and prescribing this class of medication. 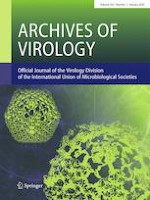