Anterior sacral meningoceles are lesions that are uncommonly reported and can be associated with other pathology including presacral masses, tethered spinal cord, and syringomyelia. Tethered spinal cord and syringomyelia can result in neurologic deficits, while large meningoceles and presacral masses can have gastroenterologic, urologic, reproductive, and oncologic consequences.

The authors report a case of a 14-year-old girl with an anterior sacral meningocele, tailgut cyst, and tethered cord with holocord syringomyelia who presented with a tethered cord syndrome, manifested by constipation, urinary retention, bilateral lower extremity weakness, and sensory deficits. After extensive radiographic and urodynamic workups were performed, the patient was treated by the neurosurgery and pediatric surgery teams with a posterior sagittal approach for cord detethering, resection of an intradural cystic mass, resection of the anterior sacral meningocele, and resection of the adjacent presacral mass. After surgical treatment, motor weakness and sensory deficits were resolved, though urinary symptoms persisted. The syrinx resolved after detethering alone. Pathology of the intradural cystic mass and the presacral mass inferior to the anterior sacral meningocele were consistent with tailgut cyst.

The patient’s clinical and surgical management are discussed, and a literature review related to anterior sacral meningoceles and their related pathologies is presented. An interdisciplinary approach is required for the best treatment of this constellation of findings. 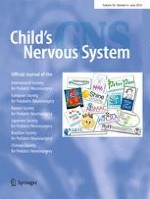