Background Warfarin has been used in Japan for a long time in patients after cerebral embolism to prevent recurrence. Recently, several novel oral anti-coagulants (NOACs) have been approved for use and are gradually replacing warfarin. However, it remains unclear whether warfarin and other NOACs differ from each other with respect to drug costs and length of stay (LOS) during treatment in Japan. Objective To assess differences in LOS and direct medical cost between patients after cerebral embolism treated with warfarin and those treated with NOACs. Setting Thirteen acute care hospitals in Japan. Method For hospitalized patients with cerebral embolisms who were treated with NOACs and/or warfarin between April 2012 and March 2014, we assessed LOS for patients with warfarin and NOAC using log-rank test, and stratified proportional hazard regression. Also, we assess direct medical cost using paired-t test. Main Outcome measure LOS and medical cost after first treatment with warfarin and NOAC. Results The median LOS for NOACs-treated patients was 12.5 days and that for warfarin treated patients was 19.0 days while the corresponding mean medical costs were USD 7151 ± 6228 [JPY 736,546 ± 641,437] and USD 8950 ± 5891 [JPY 921,830 ± 606,765]. The drug cost for NOACs-treated patients was higher but costs for laboratory-test and hospitalization were lower than those for warfarin-treated patients. Conclusions For NOAC-treated patients, LOS was shorter, and medical cost during hospitalization tended to be lower than those for warfarin-treated patients, whereas NOACs prices were higher than warfarin price. 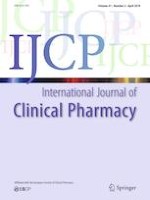