How many clinic visits does it take to treat distal radial fractures? | springermedizin.de Skip to main content
TOOLBAR 1 2 3 4
SUCHE MENÜ 1 2 3 4

The purpose of this study was to evaluate the changes in alignment during the course of treatment for extra-articular distal radius fracture and the relationship of initial and intermediate radiographs, with the final radiograph taken at fracture union. A cohort of 96 consecutive patients who were conservatively managed for extra-articular distal radius fracture in an 18-month period was undertaken. The radiographs analysed were taken at prereduction, postreduction, a week later and at fracture union. The radiological parameters analysed were radial tilt, radial length, radial inclination, dorsal comminution and ulnar styloid fracture. There was a significant change in radiographic alignment between initial and immediate postreduction radiographs, and between postreduction 1 week later radiographs (p < 0.05), but the number of patients in the 1 week later and fracture union groups remained similar (p > 0.05). All patients with poor radiological outcome had ulnar styloid fractures. This was also associated with dorsal comminution in 86% of patients. Patients with satisfactory radiological outcome had ulnar styloid fracture and comminution in 34% and 43% of patients respectively. The final radiological outcome was not found to be influenced by initial unsatisfactory alignment of radial tilt, radial length and radial inclination individually or in combination. We suggest that two clinic visits after initial reduction of the fracture should be sufficient to manage such injuries; the first visit 1 week after manipulation to detect unacceptable displacement and if found satisfactory, the last visit at fracture union for final review, advice and referral to physiotherapy. 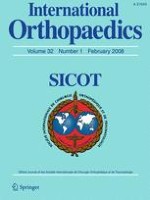 Outcome evaluation measures for wrist and hand – which one to choose?