Human endothelial cells are used in experimental models for studying in vitro pathophysiological mechanisms of different diseases. We developed an original bioreactor, which can simulate human blood vessel, with capillary polysulfone membranes covered with the human umbilical vein endothelial cells (HUVECs) and we characterized its properties. The elaborated cell seeding and culturing procedures ensured formation of a confluent cell monolayer on the inside surface of capillaries within 24 h of culturing under the shear stress of 6.6 dyn/cm2. The optimal density of cells to be seeded was 60,000 cells/cm2. Labeling HUVECs with carboxyfluorescein succinimidyl ester (CFSE) did not influence cells’ metabolism. Flow cytometry-based analysis of HUVECs stained with CFSE demonstrated that in a presence of the shear stress cells’ proliferation was much inhibited (after 72 h proliferation index was equal to 1.9 and 6.2 for cultures with and without shear stress, respectively) and the monolayer was formed mainly due to migration and spreading of cells that were physiologically elongated in a direction of the flow. Monitoring of cells’ metabolism showed that HUVECs cultured in a presence of the shear stress preferred anaerobic metabolism and they consumed 1.5 times more glucose and produced 2.3 times more lactate than the cells cultured under static conditions. Daily von Willebrand factor production by HUVECs was near 2 times higher in a presence of the shear stress. The developed model can be used for at least 3 days in target studies under conditions mimicking the in vivo state more closely than the static HUVEC cultures. 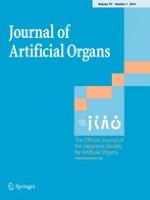