Nineteen de novo PD patients with right-predominant or bilateral symptoms and 13 age-matched healthy volunteers performed continuous writing of “8” figures with the right-dominant hand using a MR-compatible device that enables identification of incorrectly performed tasks and measures the size and the frequency of the “8”s. The data were analyzed with FSL software and correlated with the clinical severity rated according to the Hoehn and Yahr (HY) staging system.

Fifteen (89%) of 19 PD patients and 12 (92%) of 13 controls correctly executed the task. PD patients showed significant hypoactivation of the left primary sensorimotor cortex (SM1) and cerebellum and no hyperactive areas as compared to controls. However, activation in SM1 and supplementary motor area bilaterally, in left supramarginal, parietal inferior, parietal superior and frontal superior gyri as well as in right parietal superior and angular gyri paralleled increasing disease severity as assessed with the HY stage.

In line with the “deafferentation hypothesis”, fMRI demonstrates hypoactivation of the SM1 in the early clinical stage of PD. 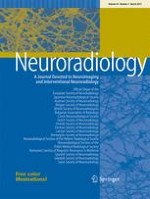